Planning your next vacation in Etobicoke will require numerous things. First, you need to have an accurate itinerary because Etobicoke has different activities to offer. Second, bring a little money to spend – you probably don’t want an incomplete Etobicoke experience. And last, you need to be aware of Etobicoke’s vibrant history.

You don’t need to read a bulky history book. Listed below are some of the best facts about Etobicoke:

Originating from the Mississauga First Nation, the name “Etobicoke” translates into “where the alders grow.” Etobicoke fell under the British rule during 1763 but it was not until 1787 when the purchase agreement was signed. The Mississauga’s believed that the Humber River remains a western boundary. Eventually, the dispute was settled when a new purchase agreement was signed. This opened the floodgates of continuous development, though Etobicoke will still face a mountain of industrial, economic, and bureaucratic challenges.

The River & The Town

When Lieutenant Governor John Simcoe assumed power in Canada, he wanted to rename several areas and settlements – Etobicoke included. However, he was outvoted by the council and Etobicoke became the official name of the township and the river beside it. At this rate, the Etobicoke township was filled with farm lots, mills, and other enterprises. Roads were also constructed, thus improving commerce by a significant percentage.

At around 1881, Etobicoke’s agricultural capacity is in full swing. Almost all residents are committed towards farming and the township’s forests were also cut down to prepare for cultivation. Perhaps the best thing about Etobicoke is the richness of its soil. Gardening became common in households, leading to the cultivation of more organic products. If you’re going to observe it properly, Etobicoke’s agricultural prowess can still be seen today. Just take note of the number of fresh market farms all over the area! 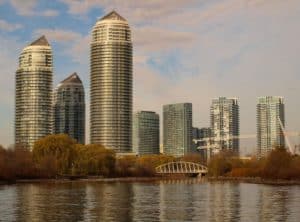 With the steady growth of population and introduction of new jobs, Etobicoke developed into a large city. The city covered the sprawling townships of Humber Valley Village, Rexdale, Humberwoods, Beaumonde Heights, and Markland Wood. New businesses have also moved in, thus ushering into a golden era for Etobicoke City. In 1998, Etobicoke City was absorbed by Toronto.

The Future of Etobicoke

Etobicoke is now considered a part of Toronto but it still has a clear identity. Nowadays, dozens of event organizers set up their activities in Etobicoke. You can even check the websites of these Etobicoke organizers if ever you’re curious about their activities. Aside from a consistent flow of events, Etobicoke is serious about its environmental standards. One great example is the lingering beauty of Etobicoke parks and recreation centers. These areas will keep on improving through the years. Now, that’s something to look forward to!

Etobicoke will remain very special for the people who call it home. Apparently, it will also be special for tourists who want to visit the town. So, if you want to relax and enjoy the outdoors while partaking in festivals, just visit Etobicoke. Lots of things are waiting for you there!

Up next – Annual Events in Etobicoke